Summary: Bel Geddes proposed numerous projects for Chicago’s 1933-1934 Century of Progress International Exhibition. In 1929 he was hired to develop a complete program of theatrical entertainment for the upcoming fair as well as a plan for the fairground’s illumination. His theaters were to be distinctly radical and, as Geddes wrote, “free in form and proportions, offering unlimited scope to every type but especially to encourage new forms in dramatic writing.”

Geddes’s designs for the exhibition, heralded by the New York Times as “Theatres for the Age of the Machine,” are among his most beautiful and imaginative architectural accomplishments, but none were built. One reason was the 1929 stock market crash. Perhaps even more significant was his forced removal from the design board by some unemployed Chicago architects because he was “neither educated nor licensed to practice architecture,” despite support from prominent architects including Frank Lloyd Wright. 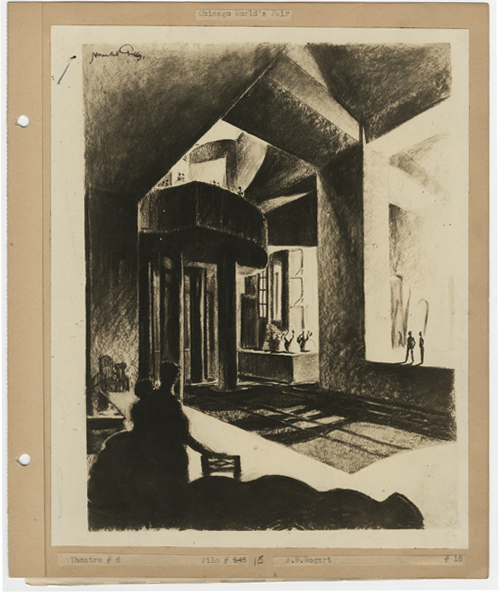