Summary: More than any of his other designs for the Chicago World’s Fair, Geddes’s Aerial Restaurant captured the popular and critical imagination.

This steel, aluminum, and glass structure would have risen 25 stories and rotated slowly, providing diners at each of the three component restaurants two complete panoramic views of Chicago and the fair grounds during the course of their meal. The three restaurants were designed to accommodate 1,200 people of varying budgets. The main level was a restaurant and dance floor for 600, the intermediate level was for light refreshment at popular prices, and the top level provided deluxe dining for 200. All three levels had glass windows from floor to ceiling and open-air terraces that would have served as observation decks. A kitchen in the basement connected to the dining rooms above via nine service elevators. In the 32-foot-wide column were also three large elevators providing entrance and exit for 170 people every five minutes. 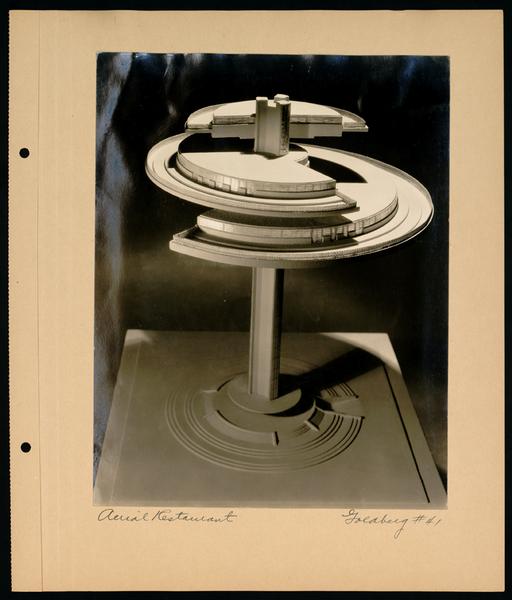