Geddes's exhibition was on display from November 18th to December 6th, 1930. It showcased eight of the sixteen designs he had worked on for the World's Fair: the Aerial, Aquarium, and Island Dance restaurants, the Temple of Music, and the Water Pageant, Repertory, Cabaret, and Divine Comedy theatres. The show included models of all buildings except the Aquarium Restaurant, as well as sketches and drawings. In a review of the exhibition, H.I. Brock wrote, "If not everything that Mr. Geddes is allowed to suggest looks quite practical -- and some of it looks a little mad -- at least we have here experiments singularly untrammeled by reverence for that tradition of the theatre which has been too powerful so far for even our most courageous architects" (H. I. Brock, "Theatres for the Age of the Machine," New York Times Magazine, November 16th 1930). 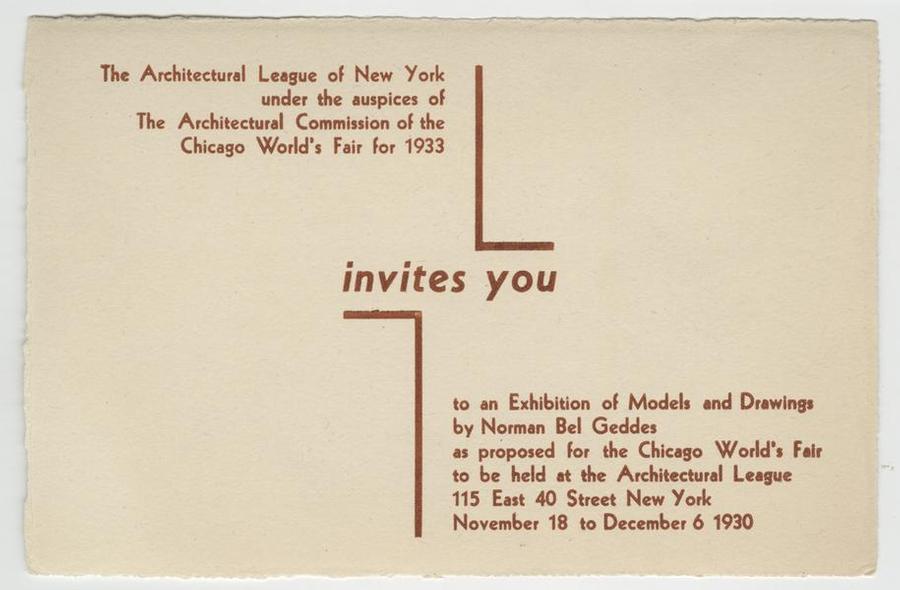