Summary: During World War II, the Museum of Modern Art launched a series of war-themed exhibitions, including this one that featured Bel Geddes models depicting “events that have already taken place,” “battle scenes that might have taken place,” and “the big event yet to come,” a possible major second front which Geddes projected might open up through Norway or the North Sea coast of Germany. The exhibition featured a live-action installation, in which Geddes’s staff built day by day a large model of an invading army coming up against a river defense line.

The exhibition was sponsored by Life magazine, and ran from 26 January to 5 March 1944. 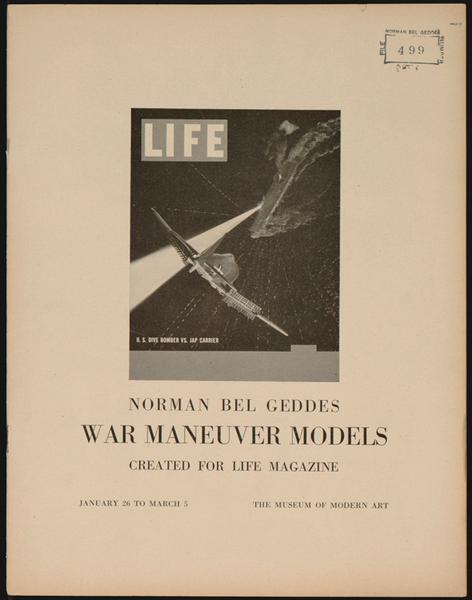