This tag represents individuals who were closely associated with the Masses or one of the two magazines that grew from it: the Liberator and the New Masses. Founded in 1911,The Masses was edited by Max Eastman beginning in 1912, and was an important venue for radical commentary until it was shut down by Federal prosecutors for hindering conscription in 1917. A great number of Greenwich Village's important figures from the 1910s were involved with the magazine in some way. The Masses featured reporting, editorial writing, editorial cartoons, fiction, verse, and art by major figures including John Reed, Mary Heaton Vorse, Floyd Dell, and John Sloan. Just a few months after the Masses was shut down, Eastman and others founded the Liberator, which remained in production throughout the years that Frank Shay ran the bookshop, and featured many of the people who signed the bookshop door. In 1922, Floyd Dell became editor, but soon after, the magazine became the official magazine of the Communist Party of America and two years later was absorbed into other Party publications. In 1924, Eastman, John Sloan, and others began New Masses, which carried on the spirit of the previous two magazines, publishing a mix of reportage, fiction, poetry and art, including work by many of the same writers. This magazine carried on in various forms until 1948. 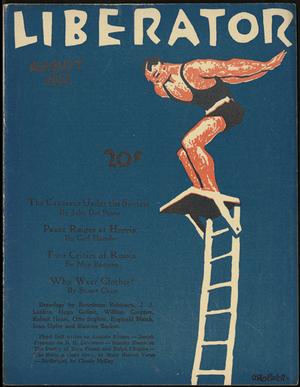